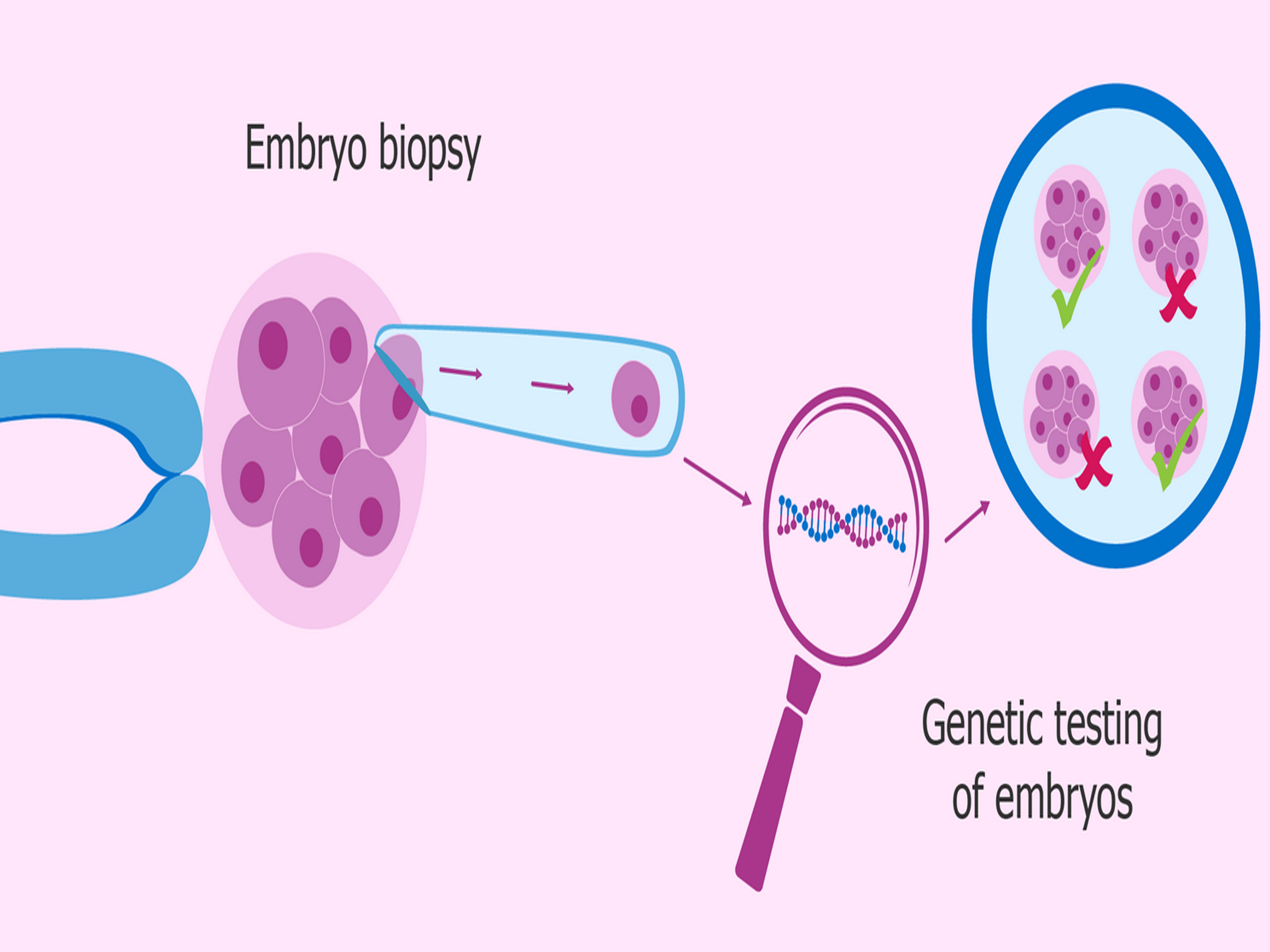 What is pre-implantation genetic screening (PGS)? 
PGS (also known as aneuploidy screening) involves checking the chromosomes of embryos conceived by IVF or ICSI for common abnormalities. Chromosomal abnormalities are a major cause of the failure of embryos to implant, and of miscarriages. They can also cause conditions such as Down’s syndrome


• you have had several unsuccessful cycles of IVF where embryos have been transferred, or
• your sperm are known to be at high risk of having chromosome problems.
However, various studies have questioned whether or not PGS is effective at increasing the chance of having a live birth.

How does PGS work?
The procedure for PGS is usually as follows:
Step 1. You undergo normal IVF or ICSI treatment to collect and fertilise your eggs
Step 2. The embryo is grown in the laboratory for two to three days until the cells have divided and the embryo consists of about eight cells.
Step 3. A trained embryologist removes one or two of the cells (blastomeres) from the embryo.
Step 4. The chromosomes are examined to see how many there are and whether they are normal.
Step 5. One, two or three of the embryos without abnormal numbers of chromosomes are transferred to the womb so that they can develop. Any remaining unaffected embryos can be frozen for later use.
Step 6. Those embryos that had abnormal chromosomes are allowed to perish or may be used for research (with your consent).
There are possible variations to this procedure and the trophectoderm biopsy technique can be used in some cases.

Testing at five to six days
It is possible that instead of removing and testing one or two cells from a two – three day old embryo, some centres may allow the embryo to develop to five - six days, when there are 100-150 cells.
More cells can be removed at this stage without compromising the viability of the embryo, possibly leading to a more accurate test.
Alternatively some centres may test eggs for chromosomal abnormalities before they are used to create embryos. Polar bodies (small cells extruded by eggs as they mature) can be extracted and tested.

What are the risks of PGS?
Some of the risks involved in PGS treatment are similar to those for conventional IVF.
Other problems unique to PGS treatment include:
• some embryos may be damaged by the process of cell removal
• possibility that no embryos are suitable for transfer to the womb after PGS.
It is important to understand that there is no guarantee against a miscarriage occurring even though PGS has been carried out prior to embryo transfer.

“ACME FERTILITY really very good. The treatment given here is far far better and the results obtained are very fast. I am really very happy as i got positive pregnancy results within a very short span of time under the treatment of Dr. Neelam Bhise. Thank you!”